The Citizen Evidence Lab is intended to support human rights organizations, practitioners and others to take better advantage of the digital data-streams critical for modern fact-finding. It is an online space to share best practices, emerging techniques, and tools for conducting investigations, combating mis- and dis-information, and contributing to a better-informed public.

Created by Amnesty International, this resource is managed by the Evidence Lab in the Crisis Response Programme.

“Citizen evidence” includes images, videos, satellite imagery, large data sets and other material showing a potential human rights violation that has been collected by someone other than an official human rights investigator.

The Citizen Evidence Lab is a space for researchers, investigators, students, journalists and others to explore and share cutting-edge investigative techniques in human rights.

Our Evidence Lab brings together investigators, engineers, developers and others to pilot new and expanding tools such as artificial intelligence, remote sensing, weapons identification and big-data analytics.

Some of the more recent collaborative projects we have built include:

What is “Citizen Evidence”?

“Citizen evidence” includes images, videos, satellite imagery, large data sets and other material showing a potential human rights violation that has been collected by someone other than an official human rights investigator.

Frequently shared publicly through social media networks like Twitter, Facebook and YouTube, this sort of documentation often exposes in great detail crimes that might have otherwise gone unnoticed. Although access and technology for gathering citizen evidence are constantly improving, there is also more disinformation that requires multiple data sources or tools to debunk.

“Citizen evidence” defines any material – such as images or videos – showing a potential human rights violation, collected by someone other than an official human rights investigator. 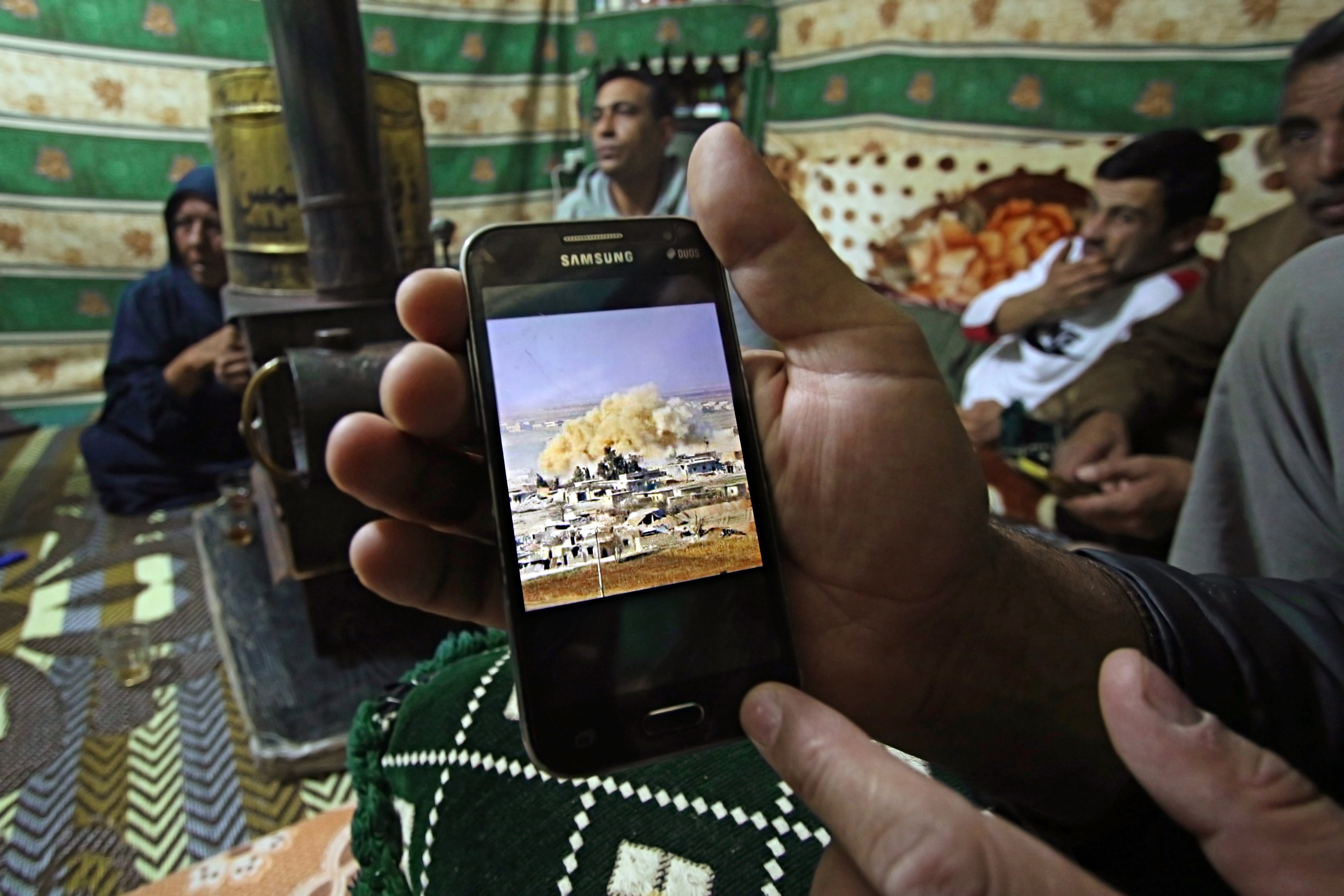 Example of “Citizen evidence”: A Syrian refugee shows a photograph of an airstrike observed from his balcony in Aleppo, in an informal refugee camp in the Bekaa Valley, Lebanon, on February 22, 2016. Vincent LECOMTE / Contributor

This site is largely based on the Evidence Lab’s experience working with remote sensing data and validating photos and videos, along with other open source information over the last decade. More recently, the team has also expanded our use of innovative investigation methods to include crowdsourcing, data science and machine learning. And every year we are exploring more, and developing best practices.

Centre for Comparative and Public Law